The AIT (Assembly, Integration, and Tests) service of telecommunication satellite manufacturers tests the antennas’ performance inside anechoic chambers, in order to reproduce communications between the geostationary orbit and Earth stations.

During the satellite’s life, antennas can be reconfigured and reoriented to communicate with different stations. As the space mechanisms used to reorient the antennas cannot function at Earth gravity, they are replaced by hexapods during the RF tests.
Previously satellite manufacturers used more conventional systems made for each satellite. In order to avoid wasting time and money designing and realizing these elements, they have been replaced by hexapods. 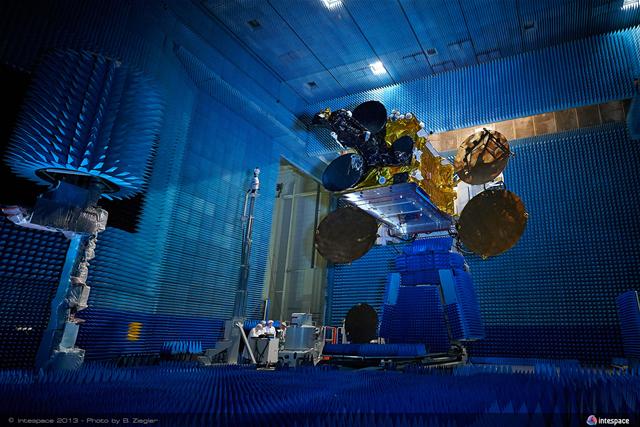 OUR EXPERIENCE AT YOUR SERVICE

Combined with our expertise in metrology, the hexapod technology is appropriate for antenna qualification because it allows very precise motions in the 6 degrees of freedom while bringing reconfiguration flexibility via software.

■  Compatibility with RF environment
■  Pivot point configuration in software to test different kinds of antennas for various
satellites
■  Easy preparation of tests in software to adapt to configurations with 1 to 6 antennas
■  Sirius hexapod is the most used for this application, even in customized versions for heavier payloads. Breva hexapod can also be used for lighter antennas or RF sources with smaller travel ranges. 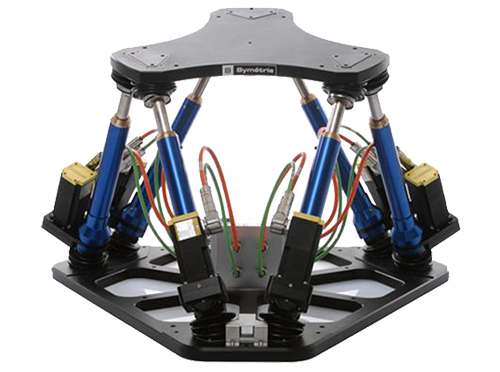 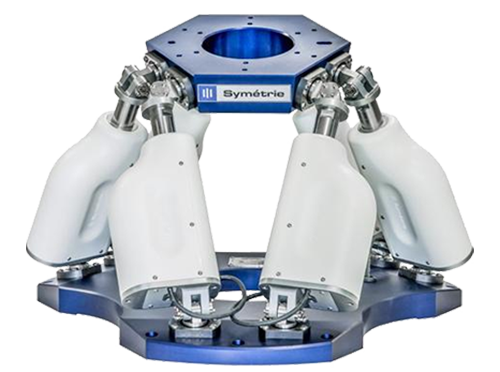 Our team is at your disposal for any request for information!

To find out all about Symétrie news, subscribe to the newsletter by entering your email address in the following form!